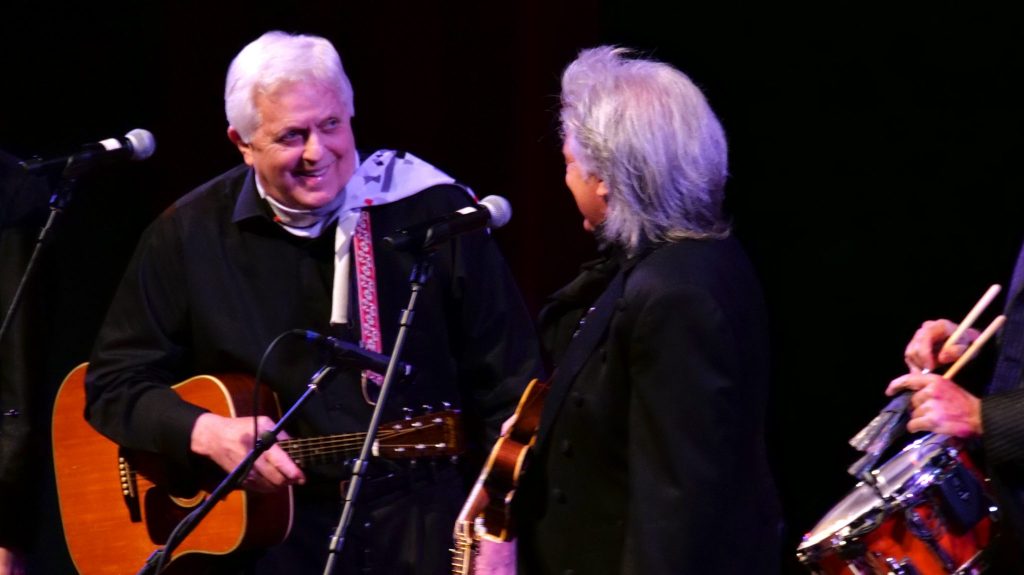 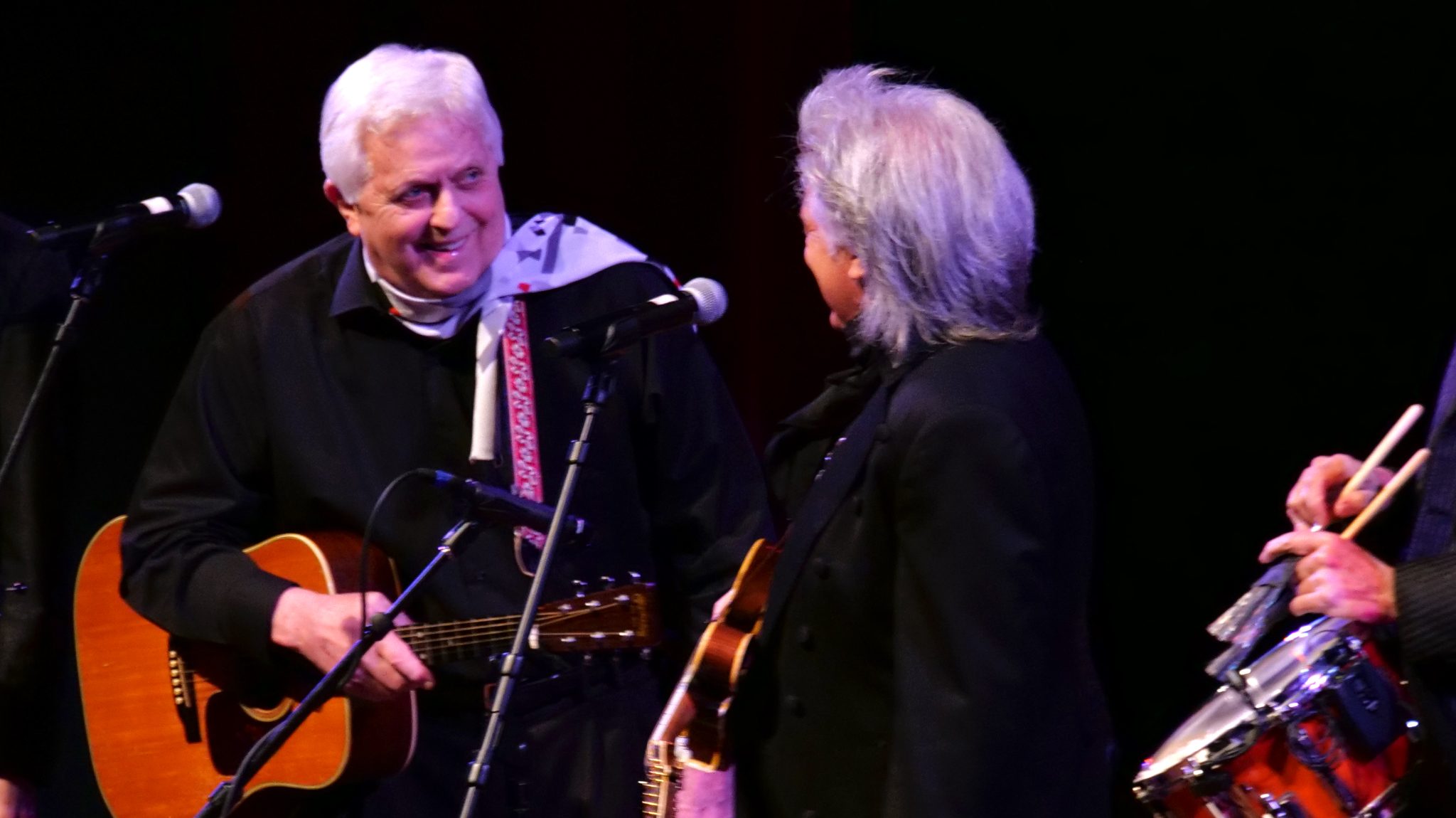 UM Chancellor Emeritus Robert Khayat (left) performs with Grammy-winning Marty Stuart and The Fabulous Superlatives at a concert kicking off the ‘Boots and Bling’ event at the Gertrude C. Ford Center for the Performing Arts. The event raised money for the Ford Center’s operations endowment and honored Khayat for his leadership role in building the performing arts center. Photo by Mary Stanton Knight/UM Foundation

OXFORD, Miss. – The Celebrating the Arts campaign at the University of Mississippi is making progress toward its goal of building a $3 million operations endowment for the Gertrude C. Ford Center for the Performing Arts.

Boosting both fundraising efforts and alumni and friend engagement this year was the “Boots and Bling” event, which honored Chancellor Emeritus Robert C. Khayat and his role in establishing the Ford Center. The May event, which was emceed by HGTV’s “Home Town” stars and Ole Miss alumni Erin and Ben Napier, featured a concert by Grammy-winning Marty Stuart and The Fabulous Superlatives.

Most performing arts centers rely upon private contributions from individuals, foundations, corporations and businesses to sustain operations and programming, and the Ford Center is no different. The campaign goal is some $1.2 million from completion, said Julia Aubrey, Ford Center director and an associate professor of music.

“We want to offer the biggest and the best that our facility can present, and this takes support beyond ticket sales,” Aubrey said. “Our building is now just over 15 years old and to maintain its beauty and functionality, we have to continually repair, replace and upgrade. Technology also must be updated to keep competitive with today’s expectations.”

A large bronze tree sculpture commissioned from Sanford Werfel Studio and hand-carved by artist Richard Teller was unveiled in the Ford Center lobby as part of the “Boots and Bling” festivities. Donor names have been engraved on parts of the tree, with spaces available for future donors.

Major donors whose names are engraved on three tree trunks are the Gertrude C. Ford Foundation, of Jackson; Mary and Sam Haskell, of Oxford; and Nancye Starnes, of Charleston, South Carolina.

University resources can cover salaries and a nominal budget, and other resources come from the Ford Foundation, Friends of the Ford Center and other alumni and friends. These additional funds cover the costs of special appearances or series, as well as programming, advertising and other costs associated with running this exceptional facility.

Shows each season are major costs, as large-scale musicals can cost up to $70,000 each, Aubrey said. The Ford Center also is moving into presenting pop artists, whose expenses often exceed $100,000.

To make a gift to the Celebrating the Arts campaign, send a check, with the Ford Center noted in the check’s memo line, to the University of Mississippi Foundation, 406 University Ave., Oxford, MS 38655, or contribute online at http://fordcenter.org/celebrate/. For information on supporting the Ford Center, contact Rob Jolly at jolly@olemiss.edu or 662-915-3085.