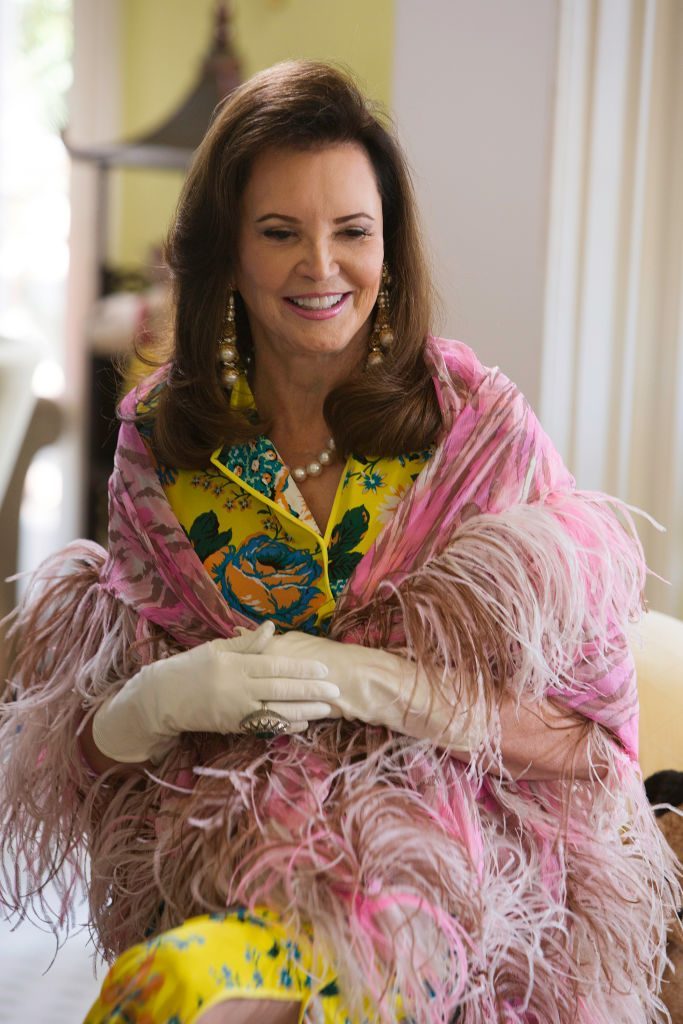 Patricia Altschul from Southern Charm made a wonderful announcement last season. She was engaged and showed off some pretty blinding bling.

The always discrete matriarch of the show didn’t go into details but mentioned she had a suitor, making her one of the few cast members who was still “marriage material,” she joked.

Last summer she referred to her mystery man as simply “Mr. C.” and said she was planning a small, intimate wedding in the near future. While her secret man hasn’t been revealed on the show, some fans wondered if her love was actually butler Michael Kelcourse.

Her betrothed is certainly not Michael Kelcourse

Altschul has gotten the question about whether or not she and Kelcourse are an item quite a few times. “Honey, this is a professional relationship. It is between employer and employee and we respect and admire each other. But absolutely not. Certainly not,” she said during a recent appearance on Watch What Happens Live, Bravo’s The Daily Dish reports.

But that doesn’t mean the two aren’t close. Son Whitney Sudler-Smith told The Daily Dish last year Kelcourse is very loyal to Altschul. “Michael, he’s devoted to mom,” he said. “He’s the nicest guy in the world. He’s invaluable to my mom because he helps with her coterie of animals.”

Before working for Altschul, Kelcourse once worked for another famous socialite–Lillian Bostwick, Bravo’s The Daily Dish reports. He was considered to be her “prize employee.” Once Bostwick passed away, Altschul quickly snapped up Bostwick’s prize employee, who was Kelcourse. “I met with Michael immediately and persuaded him to come work for me, even as he was finishing his responsibilities in the Bostwick household,” Altschul wrote in her book, The Art of Southern Charm.

Did Altschul have actual wedding plans?

Altschul played a little coy while showing the cast her massive bobble. She referred to it as a “promise” type ring. But told Bravo’s The Daily Dish she had a wedding destination in mind. “I want to get married in Las Vegas at the Elvis drive-thru chapel,” she remarked last summer. “I’m not being facetious! I absolutely want to do that!”

She explained why she wanted to go with Vegas. “Well, the first time I got married, I was 20, and my mother said, ‘Do you want a big wedding or a big check?’ And I said, ‘I’ll take the big check, thank you.’ I mean, I was in school, and it came in handy,” she remarked. “I’ve been married on a yacht. I’ve been married by a trust officer of the bank.” She adds she’s also been married by a judge too. “So the last thing left is the Elvis Presley Chapel.”

At the time she hadn’t really considered a guest list but shared a few details about the infamous “Mr. C.” She said she’s known him for 20 years and they share many friends from New York. Also, “He’s in high finance, international. He’s a workaholic. Thank God, because that let’s me do my frivolous things that I enjoy in my life,” she dished. “He’s just a lovely man.”

Where does the relationship stand today?

Thus far Altschul hasn’t discussed “Mr. C.” on the new season of Southern Charm. But Bravo’s The Daily Dish caught up with her to get an update on her romance.

As of now, she shares she’s still in a relationship with “Mr. C” although wedding plans haven’t exactly been made. “[Things are] very, very stable. Nothing new to report. Yes [we are still together]. I’m not going to rush into anything. I’m busy and so is he,” she shared. “So everything is copacetic.”