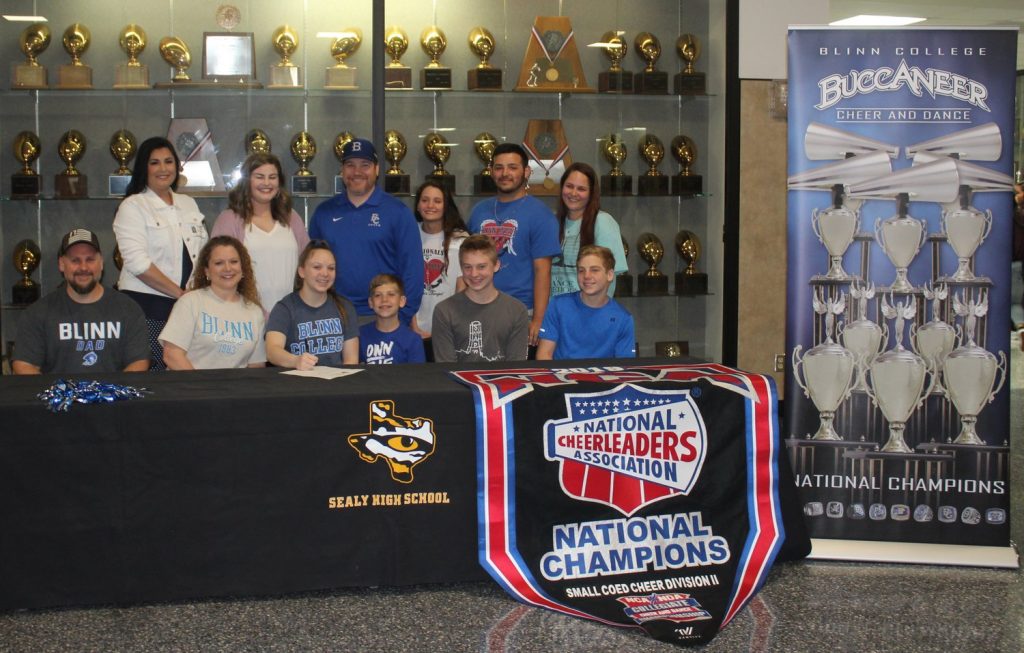 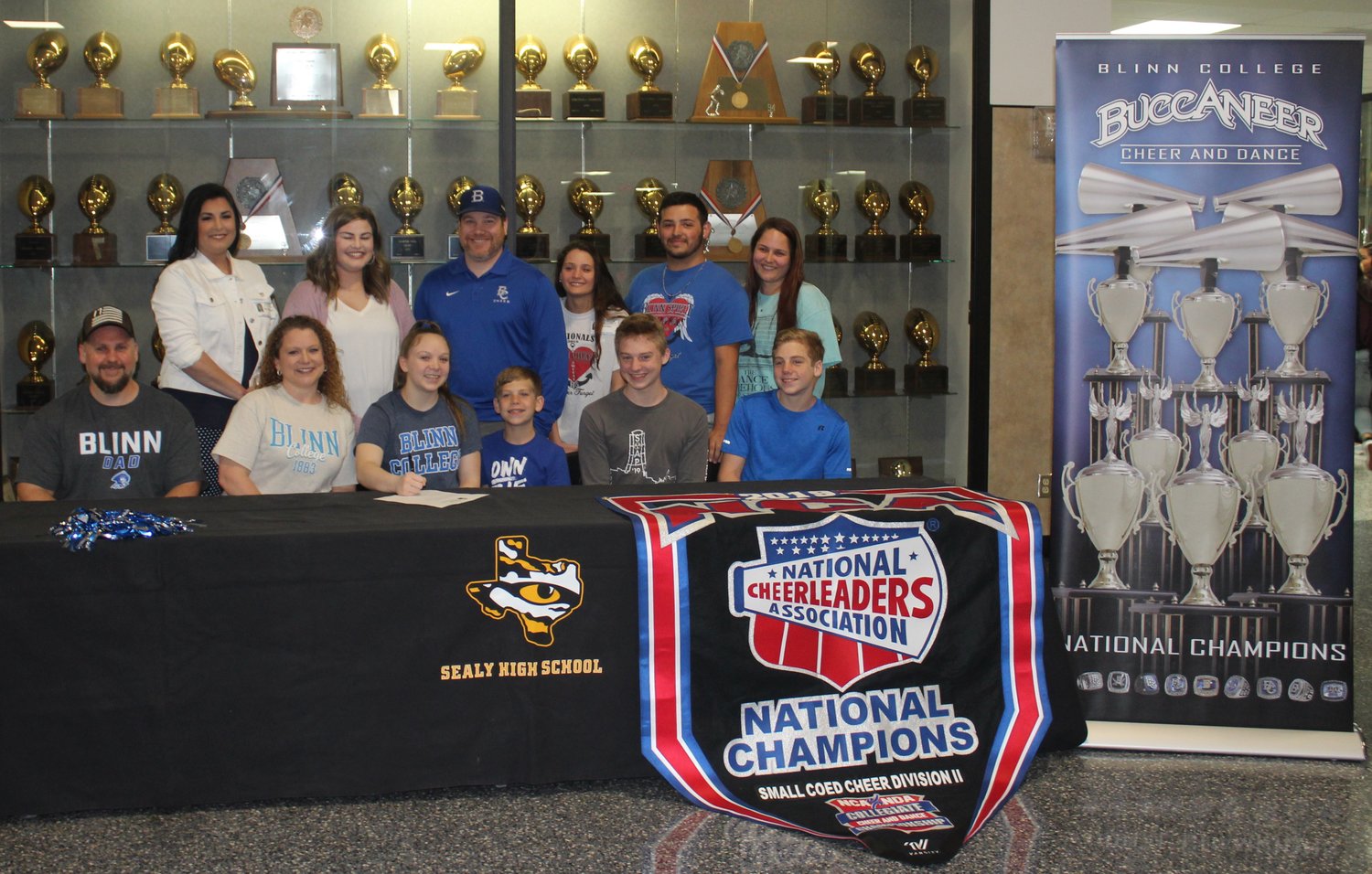 Over the last handful of years, there has been a specific dream forming in the mind of Sealy High School’s head cheerleader.

“I’ve been watching my coaches for years, they went to and cheered at Blinn,” said senior Laci Prause at her signing. “They won the first couple of championships and then my friend just won like two weeks ago so seeing it and going into it, it’s going to be my turn now.”

Prause made it official last Wednesday that she will become the newest member of the Blinn Buccaneers’ cheer squad following in the footsteps of some familiar faces. The gym lobby at Sealy High School started out as a quiet gathering of only a couple people before classes changed and students poured into the hallways. A table was set up and a banner laid peacefully on it, the most recent of six national championship banners Blinn cheer has seen.

It certainly grabbed attention while also made for a good excuse to be late to the next class. It isn’t every day that a Sealy Tiger signs a National Letter of Intent to join a perennial championship team, especially in the cheerleading arena.

“I know a bunch of people go to Blinn but there are not a lot of people who cheer at Blinn or see the cheer program as a big thing,” Prause said. “So to follow my friends’ footsteps and join them, I feel like that’s a really big opportunity to work toward.”

The most up-to-date example of that friend’s impact is Blinn sophomore Faith Allen, a fellow Sealy High graduate. She came back to town to support her friend and also show off a little bling, her second ring for her contributions to a national championship team. Prause added they competed in all-star cheerleading together for Cheer Factory out of Brenham for years growing up and had Blinn reiterated through some additional coaching.

“We had a coach walk in a couple years ago and he talked about how he went to that school and so I’ve seen it in my eye that that’s what I want to perform to,” Prause said.

She certainly performed to those standards while in black and gold, earning All-American nominations from the National Cheerleaders Association (NCA) the last five years running where the last three of those years saw Prause on the team.

And that was just in a Sealy uniform.

While representing Cheer Factory in all-stars, Prause was a three-time NCA National Champion in 2014, 2015 and 2017 while twice winning nationals for the American Cheerleaders Association (ACA) and closing things out with a Division 2 Summit Championship in 2018.

Not only that, but Prause is already dabbling in coaching duties, leading the Cheer Factory Princesses for the last three years. Now, with pen to paper, her next two years are set up in Brenham at Blinn College to hopefully extend an already impressive streak before taking the next step will be revisited toward the end of the junior college schedule.

The two-year captain will be leaving big shoes to fill next year for the Tigers, but surely her impact will last where the lessons she taught were picked up by those younger than her to carry on in the town of Sealy.