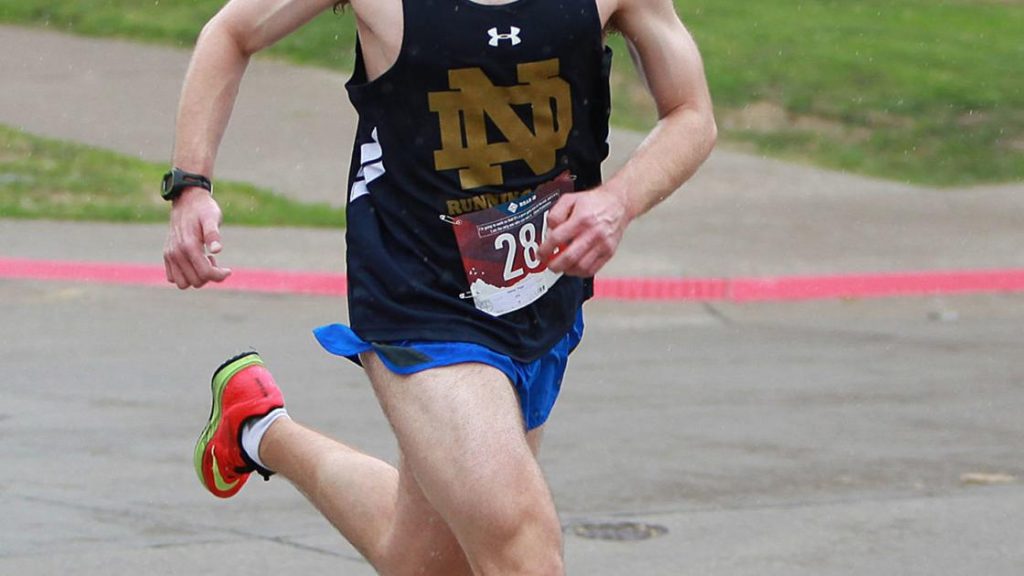 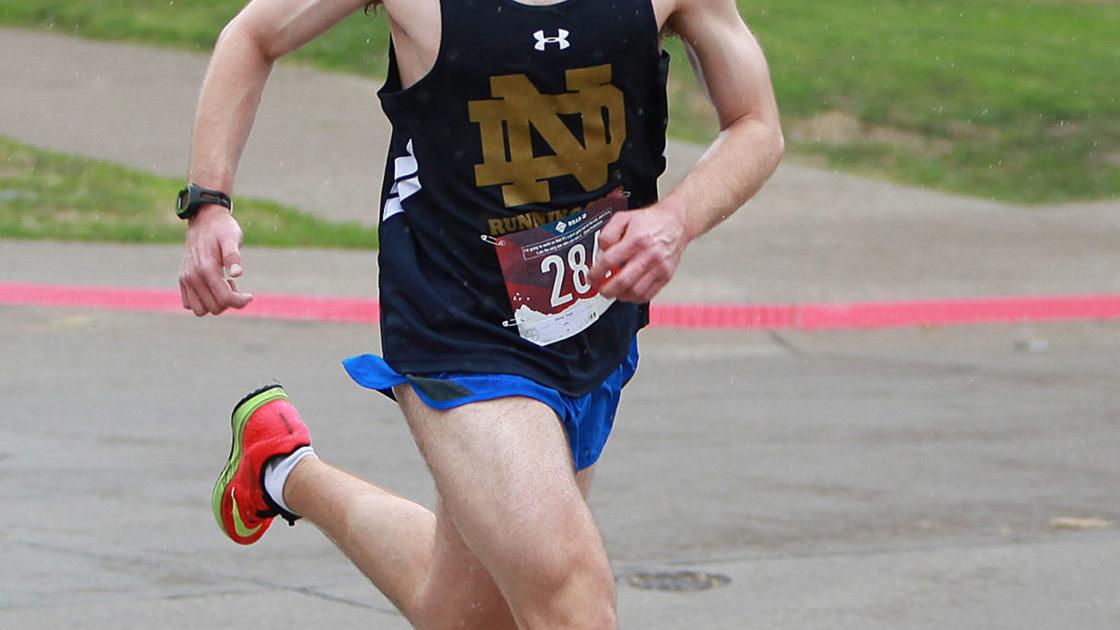 Plenty of melons were on hand for Saturday’s Watermelon Stampede in downtown Muscatine.

A trailer full, in fact.

But there was a little more water than melon this time around, however, the 42nd annual year the race has taken place.

Nevertheless, plenty of people went home with smiles on their faces and melons in their hands.

As for those who ran competitively, the women’s winners in the 5k were Muscatine’s Nancy Foxen in the over-40 division with a time of 19:05 and Anna Miller of Muscatine, who won the 39-and-under division by finishing in 20:57.

“I love the Watermelon Stampede,” said Foxen, “(It’s) a good challenge, fun running on the road, good to see everyone. You get to see people from out of town … some Iowa City people came today and that’s really great for Muscatine.”

On the men’s 5k side, Chris Foxen (husband of Nancy) ran the course in 18:18 to win the male over-40 division. Sam Gordon, a sophomore at Muscatine High School and a member of the cross country team, won the younger division with a 17:32 mark.

“For the first part of the race I was feeling pretty good,” Gordon said, “at the turn-around I kind of just went into the mindset that I was going to win this.”

“I’m training for a marathon in the fall,” Pape said, “I thought it’d be good to do a 10k … just to see where I am fitness-wise. The first couple miles I felt a little stiff, but eased up and had a great course run on, too, and really good race management.”

Julie Anderson of Rock Island won the women’s under-39 10k race with a 48:27 while Holly Vandenberghe of Stockton, Iowa, won the 40-and-over group by registering a time of 54:47.

Despite some of the spectators maybe not enjoying getting wet all that much, for the runners the weather was something close to ideal.

“The runners (didn’t) seem to mind the rain at all,” said Dell Wagner, director of the Watermelon Stampede, “in fact, it cools them off when they’re running.”

“(The weather) was cool, a little rain at the end, but it was great,” Pape said.

Not everyone was there for the competition, though. Brad Hodapp, for example, ran the 5k race with his three daughters (ages three, six and nine).

“It was a good time … (the kids) were all excited,” said Hodapp, “they just like to be out and about, running around.”

And of course, the two legacy runners were there: John Beckey of Muscatine and Steve Taylor from Des Moines, both of whom have ran the Watermelon Stampede every year since the race was conceived.

“Unfortunately father time keeps moving on and it gets a little tougher every year,” Taylor said, “I was concerned about the humidity (at first) but the rain took care of that.

“I just love to come out and support the local races … I ran this race for about 20 years while I lived in Muscatine and through the various locations (I’ve lived since), I’ve always come back.”

After the runners crossed the finish line and the rain fell, the winners of the race were showered with in-theme awards (or “seeds, melon, bling and ching” as Wagner put it.)

The winners received a watermelon (of course), a packet of watermelon seeds, a serving dish that was painted to look like a watermelon itself, a medal (the “bling”) and a $25 gift card (Wagner’s “ching,” as in “cha-ching”).

“Everybody I talked to seemed to have a great time,” said Wagner, “I saw no scowls on faces when they were coming across the finish line.”

Get the latest local and national breaking news delivered to your inbox.

How to Put on Custom Skateboard Grip Tape

Design Your Own Skateboard Stickers! We’ve Got Custom Stickers!