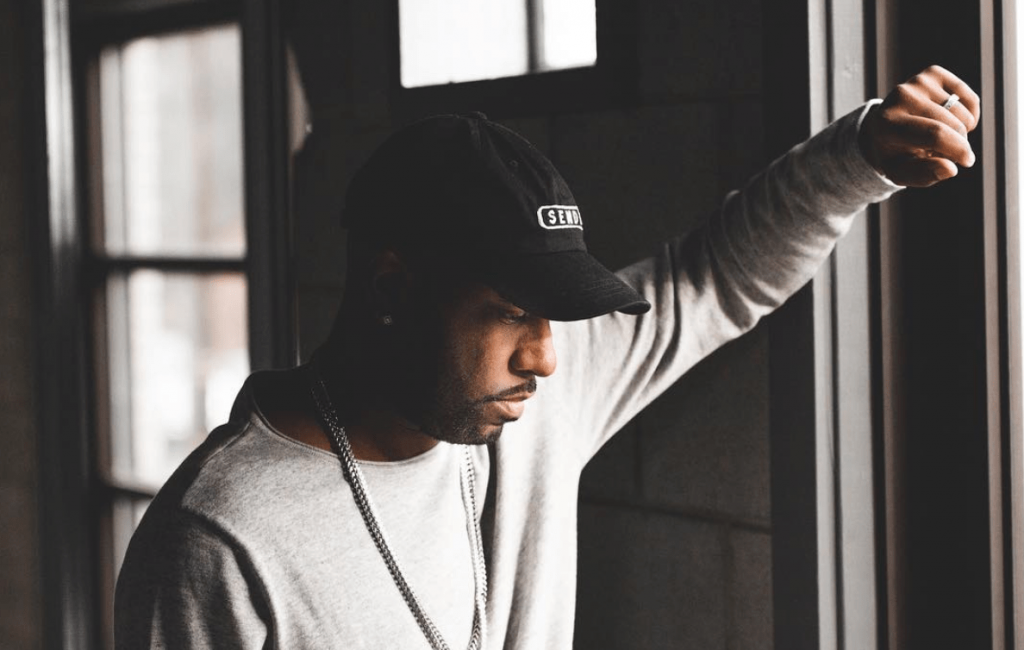 YONAS first showed up on Upcoming Hip Hop back in 2013, when we were still on Blogspot, with a review about one of his earlier mixtapes. Since then, YONAS has still continued to release quality music but has made the transition to being a dad as well as focusing on his health which is not something all artists do, even though more should. His most recent album, About Time, was released back in 2018 but there were a few questions I had and he was nice enough to send back his answers. Full transcript below.

Matt (UHH): You now have a beautiful new daughter. How have you found balancing music and a family?

YONAS: It’s actually been pretty easy! I think it’s because I’ve been doing music professionally long enough where it’s second nature to me. I don’t need to be in the studio for too long to create an album, plus now I just incorporate her into the music. I have a song dedicated to her called “travel the world” that comes out May 10, 2019, so if anything it’s been even more inspiring.

How have people received the new project About Time compared to others?

People are giving a lot of positive feedback. I was in a really great space for this album… my daughter was on the way, I had just come off my first overseas tour, there was a lot happening in my life and a lot to draw from. That’s when music is at it’s best and luckily everyone vibed with it.

Were there any songs in particular that you were anxious about releasing?

Honestly, the whole album top to bottom is my favorite work to this date. I’ve grown a lot as a person and as an artist and I just wanted people to hear that and see that.

Tell me a bit about your writing process? Do you find a beat first or write something first?

It all starts with the music. I sit with the music and really get to know the instrumentation, the emotion of the beat, then I have a conversation with the music through the writing process (which ends up being the song that’s created). It’s hard to explain but if I’m not fully connected with the music, it just isn’t meant to be, and the song will probably never see the light of day.

What do you find difficult about writing music?

In past interviews, you talk about making music for the people and to connect with them. What do you hope they get from your experiences together whether it’s them listen to your music at home or your live shows?

What advice would you give your younger self when you were starting to take music seriously?

Be less hard on yourself. not everyone’s success looks the same. It’s hard not to look at other artists and wonder “why are they more popular and I’m putting in the same amount of work?!” we all have our time, and we all succeed in different ways.

You have performed in a lot of cities and festivals. what are a few that stood out to you and why?

Portland, Seattle, NYC, Chicago, Minneapolis, and all of Germany. These places just had a great energy about them, and have a dope cultural aesthetic, I love places that support the arts, support entrepreneurship, and are places where everyone is welcome.

In an interview you did in 2013, you said consistency was the most difficult things to do in music to achieve success. is that still relevant for you today?

100%, and it’s even worse now that the internet has such a short attention span. The amount of content you need is so high in volume it could drive a person crazy trying to keep up. I just try to balance that by making anything and everything I put out something creative enough to last in peoples minds and make an emotional impression on them.

How do you plan to navigate the ever-changing music industry?

Just continue to be myself. Win, lose, or draw.

Being from New York, who are some other NY artists that you enjoy watching succeed like yourself? Anyone you would want to work with?

This year I’ve been so focused on my mental health, building a family, and my art, I’d have to get back to you on this, once I’ve really dug back into what’s on the rise in NYC.

What’s next for Yonas?

A new song every month for the rest of 2019 and 2 EP’s. I’m back to having fun again with music which also means way more visuals. I love producing music videos that have concepts and aesthetics people would never expect from me. Much more of that in 2019.

What is your favorite milkshake? Strawberry

Favorite place to visit outside the us? Berlin

Favorite tv to watch? All time = Breaking Bad || at the moment = Billions